Home Trauma Are you an Adult Victim of “Adverse Childhood Experiences”?

Are you an Adult Victim of “Adverse Childhood Experiences”? 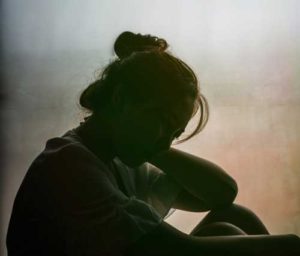 What the Research Shows

The US Center for Disease Control in tandem with Kaiser Permanente conducted a massive study of over 17,000 people during 1995-1997. Led by physicians Vincent Felitti and Robert Anda, the study analyzed the relationship between the participants’ Adverse Childhood Experiences, a/k/a “ACEs”, and their adult health conditions.

The results were shocking.  They revealed that ACEs are common across all populations and that almost two-thirds of the participants had experienced one or more ACEs.

More importantly, the study discovered that ACEs are strongly related to adverse effects on health and well-being over the lifespan. They have been linked to risky health behaviors, chronic health conditions, low life potential and early death.

The More ACEs, the Greater the Health Risks

The research has shown that the greater the number of ACEs a person has experienced, the more likely he or she is to have later health and social problems.

In fact, according to the study the number of ACEs an individual suffered predicts later serious health problems with surprising accuracy. The findings included:

What exactly are ACEs?

The term “Adverse Childhood Experience” encompasses a variety of chronic and stress-inducing events that some children under the age of 18 have faced. ACEs have been categorized as follows:

What are your odds?

Based on these study findings, you have a 2 out of 3 chance of having experienced at least one ACE as a child.

You have a 1 in 5 shot at having experienced three or more ACEs.

If you are a woman, you are 50% more likely than men to have suffered more than 5 ACEs.

The more ACEs you have experienced, the more likely you are to have serious effects on your personal health and well-being.

What can you do about it?

There are a number of steps you can take to reduce the consequences of ACEs.

You can start by taking an honest look at your own childhood experience to identify whether you may have suffered ACEs.

Once you understand how the past can have profound effects on your current health and well-being, you can take steps to heal from the emotional wounds of the past and find healing in the present.

Don’t go it alone. Your road to discovery and recovery is most safely and quickly walked with the skilled assistance of a qualified therapist. By uncovering and sharing your early experiences with a caring and knowledgeable professional, you can begin the process of healing and move towards health and wholeness in your life.

If you feel that you may be suffering from the legacy of adverse childhood experiences in your own life, I would be happy to meet with you to discuss how I can help.